Finca Monasterio de San Martin is an amazing wedding venue and I love working there! Photographing Nicola and Bernard’s wedding didn’t even feel like work. Gorgeous couple, fantastic atmosphere, and beautiful surroundings… what else can you wish for?

Bernard and Nicola shared their first kiss in the back garden of Bernard’s parents home at a BBQ. It has become so trendy to propose abroad or when travelling that Bernard completely surprised everyone by getting down on one knee after coming back from a recent trip to the Canadian Rockies. Bernard was very nervous but took Nicola back to the spot of their first kiss and popped the question! Needles to say, she said yes!

And how did they decide to get married in Spain? Well… Nicola’s family have been coming to the south of Spain since Nicola and her brother Robbie were very young. When Bernard came on the scene it also became his home away from home. When they were considering where to get married they thought about Ireland of course but also the draw of the Spanish weather and the familiarity of the region made Spain a possibility. After viewing Finca Monasterio de San Martin they knew they were onto something and never looked back!

The venue didn’t need much decorating because Monasterio de San Martin is an actual old monastery converted to a wedding venue. That is why Nicola and Bernard wanted to keep with the rustic element and they weaved that into the theme for the day, opted for a mix of white and dark greens which was easy with the abundance of colour that the venue had with all of the flowers in it’s gardens!

The preparations, the ceremony in the garden, the coctails, and dinner were all very special. And how surprised they were to find out that the best man was actually taking lessons on public speaking for a year in order to deliver the best man speech! He simply swept the crowd off their feet with his witty remarks and carefully selected anecdotes!

Band – Who Killed the DJ

This site uses Akismet to reduce spam. Learn how your comment data is processed. 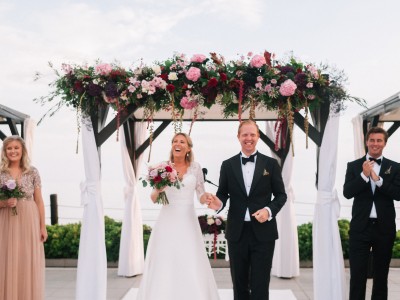 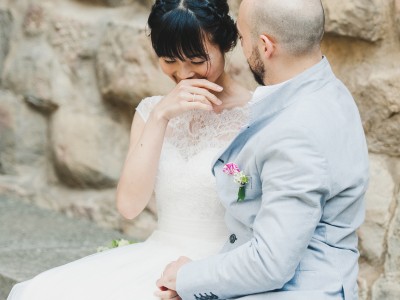 Prev Wedding in Cortijo Rosa Blanca. Steph and Thomas.
Next Wedding in Casa Alegre in Benahavis.
error: Content is protected !!
We use cookies to ensure that we give you the best experience on our website. If you continue to use this site we will assume that you are happy with it.Ok